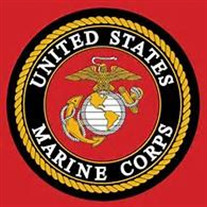 William Mobley Smith Jr. was born June 5, 1935 in Cassia, FL, near DeLand. Bill passed away at the age of 83 on March 12, 2019, after a very brief stay at Haven Hospice in Gainesville. He grew up in Shamrock and Cross City, FL, and was a member of First Baptist Church of Cross City where he was saved and baptized. One of his first jobs was working a few hours a week at the church. Bill was a graduate of Dixie County High School, Class of 1953. Bill was an outstanding football player for the Dixie County Bears and the first Bear to play in the Florida/Georgia All-Star game. After graduation, he served in the United States Marine Corps. He then went on to graduate with a degree in Business Administration from the University of Florida and remained a lifelong proud Gator. He worked at Cape Canaveral, transitioned into the apparel industry, joined Levi Strauss where he spent the majority of his career and retired as Senior Vice President of Operations. Following retirement, he moved to Chapel Hill, NC, where served as a deacon at Mount Carmel Baptist Church and enjoyed playing golf. Bill returned to Cross City in June of 2017 and was happy to be back home and enjoyed reminiscing and telling stories. He was preceded in death by his parents William Mobley Smith, Sr. and Ruth Chewning Smith Rains. He was the loving husband and is survived by his wife, Ruth Jean Sherron Smith of 57 years, his son William Mobley Smith II and daughter-in-law LauraMary Smith, his brother John Morgan Smith Sr. (wife Charlotte), brother Steve Rains (wife Donna), brother Mark Rains (wife Gail) and numerous nieces and nephews. Funeral services for Mr. Smith will be held 3:00 PM Sunday, March 24, 2019 at the First Baptist Church of Cross City, with Pastor Mike Brown officiating. Interment will follow in Cross City Cemetery. In lieu of flowers, donations may be made to Haven Hospice http://beyourhaven.org/ and Gideon’s International https://gideons.org/ Arrangements have been placed under the care of Rick Gooding Funeral Home Cross City, Florida 352-498-5400 and Chiefland, Florida 352-493-0050. Please sign the online guest book at rickgoodingfuneralhomes.com

William Mobley Smith Jr. was born June 5, 1935 in Cassia, FL, near DeLand. Bill passed away at the age of 83 on March 12, 2019, after a very brief stay at Haven Hospice in Gainesville. He grew up in Shamrock and Cross City, FL, and was a member... View Obituary & Service Information

The family of William M. Smith Jr. created this Life Tributes page to make it easy to share your memories.

Send flowers to the Smith family.