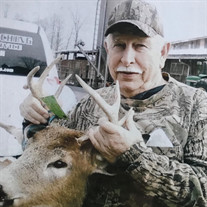 Robert “Bob” Joseph Simpson, 72, passed away, surrounded by friends and family, on February 16, after a long battle with heart disease. Bob was born in Massena, New York, on February 7, 1946 to Floyd James and The!ma (Hutt) Simpson.  He graduated from Massena Central High School in 1964.  He was manager at the Triple A Lumber store in Potsdam, NY, before moving his family to Cedar Key, Florida in 1981.  Bob's first job in Cedar Key was remodeling the Heron Restaurant building - presently Tony's Seafood.  He also built and renovated homes in Cedar Key.  He served as the first Cedar Key Building and Zoning Administrator for several years.  He also worked for the US Postal Service before becoming an employee of E-One of Ocala, Florida.  He enjoyed this job immensely - delivering fire trucks all over the United States and Canada - making several new friends along the way. Bob enjoyed helping people and volunteered with the Cedar Key Fire Department, briefly serving as chief.  Bob trained as an EMT and was a member of the Cedar Key Lions Club - serving as President for a term.  Bob has recently served as Commander of the Disabled American Veterans Auxiliary of Cross City and has made several great friends.  He will be remembered for his leadership capabilities, his kindness to others and his generosity. Bob greatly enjoyed traveling and traveled annually to the Southern Tier in New York to hunt with friends and family.  He frequently traveled to his hometown of Massena, New York spending the summer with family. Bob is survived by his wife of 50 years, Marlene (Griswold), his daughter Bobbi Jo (Lawton) Reynolds of Newberry, Florida, and Joseph (Heidi) Simpson of Cedar Key, his six grandchildren, Hannah Reynolds of Alachua, Florida, Jacob Reynolds of Newberry, Haley Simpson, Taylor Simpson, Haiden Simpson, and Joseph Simpson of Cedar Key.  He is also survived by his two sisters Lee Hart of Massena, New York, and Linda (Dale) Francis of Chiefland, Florida and several loving nieces and nephews.  He was predeceased by his parents and his brother-in-law, Keith Hart. Services are at noon on Tuesday, February 20, 2018, at Cedar Key Cemetery with a brief viewing before the services at 11 am at the Cedar Key Cemetery.   A gathering to celebrate Bob's life will follow at Robinson's Seafood.  In lieu of flowers, the family requests donations to the DAVA at 125 NE 165th Avenue, Cross City, FL.  32628 Arrangements have been placed under the care of Rick Gooding Funeral Home Chiefland, Florida 352-493-0050 and Cross City, Florida 352-498-5400. Please sign our online guest book at rickgoodingfuneralhomes.com

Robert &#8220;Bob&#8221; Joseph Simpson, 72, passed away, surrounded by friends and family, on February 16, after a long battle with heart disease. Bob was born in Massena, New York, on February 7, 1946 to Floyd James and The!ma (Hutt) Simpson.... View Obituary & Service Information

The family of Robert "Bob" Simpson created this Life Tributes page to make it easy to share your memories.

Send flowers to the Simpson family.