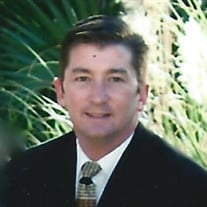 MICHAEL REX JONES passed away peacefully at his home in Orlando, Florida on February 13, 2019. He was born to Lloyd and Joe Ann Jones on May 20, 1959. After high school, Rex attended Lake City Community College then to Tallahassee where he received his B.S. Degree in Education from the Florida State University. He then went to the Seminary in Fort Worth, Texas to complete a Master’s Degree in both Education and Theology. Returning home, he was ordained as minister in the First Baptist Church of Cross City, Florida. Rex served as Youth Minister in both Avon Park, Florida and in Manassas, Virginia before returning to Florida as Assistant Principal at Deerwood Elementary in Orlando. Rex was called to take a position as Principal of Mill Hill Elementary School in Fairfield County in Connecticut. Having received his Specialist Degree in Administration and Supervision, he became an Assistant Superintendent in Fairfield County. He retired after being Principal of Long Lots Elementary in Connecticut. He is survived by his mother, Joe Ann Jones, his brothers David Jones and Ken Jones, his sister and brother-in-law Barbara and Ron Burns, nieces Jordan Burns and Kirsten Burns, and nephew Reiner Burns, his aunt Lena Bessinger, his uncle William M. and Jan Brannen, Sr., cousins Michael Bessinger and Laura Bessinger-Morse. He was preceded in death by his father, Lloyd Jones, grandparents M. H. and Laura Brannen and Worth and Kate Jones and cousin William M. Brannen, Jr. In lieu of flowers, the family requests that donations be made to the Florida Children’s Home, the First Baptist Church Scholarship or donate to Gideon Bibles in his honor. A private service will be held on February 23, 2019 at the Cross City Cemetery with Reverend Mike Brown conducting the service. Arrangements have been placed under the care of Rick Gooding Funeral Home Cross City, Florida 352-498-5400 and Chiefland, Florida 352-493-0050. Please sign the online guest book at rickgoodingfuneralhomes.com

MICHAEL REX JONES passed away peacefully at his home in Orlando, Florida on February 13, 2019. He was born to Lloyd and Joe Ann Jones on May 20, 1959. After high school, Rex attended Lake City Community College then to Tallahassee where he... View Obituary & Service Information

The family of Michael Rex Jones created this Life Tributes page to make it easy to share your memories.

MICHAEL REX JONES passed away peacefully at his home in Orlando,...

Send flowers to the Jones family.