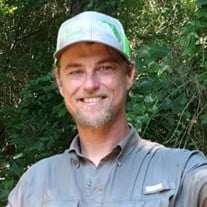 Malcolm Eli Futch, born in Gainesville, Florida passed away unexpectedly at the young age of 36 years old in Hartsville, South Carolina on April 23, 2021. He was preceded in death by his grandparents: Charlie and Margie Futch and James H. Little and Doris Little. He is survived by his father and mother: Chuck and Juanita Futch, his wife: Amanda Futch and children: Chelsee and Eli Futch, a brother: Chad Futch (Holly) and sister: Amanda Sweat (Jason), seven nieces and five nephews, as well as many extended family and close friends that he considered family. Malcolm was a precious jewel whom few forgot once meeting. He lived life to the fullest. A smile was always fast on his face, rarely met a stranger, and was always willing to lend a helping hand. Malcolm lived a life with great depth; always anticipating his next adventure. He was a proud and loving father. His children, family and friends were his greatest treasures. Malcolm’s ability to operate any piece of equipment with mastery along with many other skills and talents was a quality that had grown with him since his days of growing up on his parents’ farm in Newberry, FL. Malcolm became a certified Crane Operator, an accomplishment that had been a long-time goal. He was currently employed with Duke Energy Nuclear Power Plant in South Carolina. When Malcolm wasn’t working you could find him enjoying his other passions, some of which included: hunting, fishing, gardening, and cooking. He was an avid outdoorsman and enjoyed sharing his passions with others, especially his children. His life was a blessing to so many. He will never be forgotten and will remain in our hearts forever. Services will be held at Bronson Road Church, 13830 NE 80th Ave, Newberry, FL 32669 on Friday, April 30, 2021 at 11:00 AM. Internment will follow at Newberry Cemetery, 700 SW 260th St, Newberry, FL, 32669. A fund for Malcolm’s children is established for those who wish to make donations in lieu of flowers. Contributions can be made directly through [email protected] Arrangements have been placed under the care of the Rick Gooding Funeral Home Cross City Chapel, with locations in Cross City 352-498-5400 and Chiefland 352-493-0050. Please sign the online guest book at rickgoodingfuneralhomes.com

Malcolm Eli Futch, born in Gainesville, Florida passed away unexpectedly at the young age of 36 years old in Hartsville, South Carolina on April 23, 2021. He was preceded in death by his grandparents: Charlie and Margie Futch and James H. Little... View Obituary & Service Information

The family of Malcolm E. Futch created this Life Tributes page to make it easy to share your memories.

Send flowers to the Futch family.