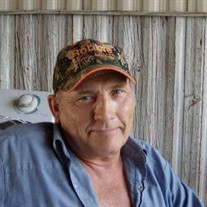 LYNNE CHARLES SIMMONS, 65, of Cross City passed away May 18, 2017. Mr. Simmons was born May 29, 1951 in Grand Rapids, Michigan. He worked for the Brotherhood of Electrical Workers as a Lineman and served in the Army during the Vietnam War and was overseas for nine months. Mr. Simmons moved to Cross City in 1980 from Michigan and worked as a heavy equipment operator and helped build the bridge in Branford. He served Dixie County for many years with his tree service, and most everyone called him “Tree Man”. Mr. Simmons enjoyed fishing, working in the yard, and working with wood, making carvings and different pieces of furniture. He loved to be outside and having a fire even if it was 110° outside. Mr. Simmons is survived by his wife of 47 years Bonnie “B.J.” Simmons, his daughters Tammie Fletcher (Al) of Mayo and Wendy Simmons (Kevin Watkins) of Cross City, his mother Eleanor H. Simmons of Cross City, a brother Alan Simmons (Kathy) of Michigan, his grandchildren Tina Keen (Brian) of Cross City, Dean Fletcher (Arron Alford) of Mayo, and Austin Fletcher of Mayo, his great-grandchildren Landon Sikes of Georgia, Ashlyn Keen of Cross City, Hunter Fletcher of Mayo, Ruth Alford of Mayo, and Jordan Alford of Mayo, three nephews, one niece, and several other extended family members. He was preceded in death by his father Richard “Dick” Simmons and a brother Bill Simmons. The family will hold a memorial service for Mr. Simmons 2:00 PM Saturday June 3, 2017 at the Shady Oaks Campground in Cross City. Arrangements have been placed under the care of Rick Gooding Funeral Home, Cross City, Florida, 352-498-5400 and Chiefland, Florida, 352-493-0050. Please sign the online guest book at rickgoodingfuneralhomes.com

LYNNE CHARLES SIMMONS, 65, of Cross City passed away May 18, 2017. Mr. Simmons was born May 29, 1951 in Grand Rapids, Michigan. He worked for the Brotherhood of Electrical Workers as a Lineman and served in the Army during the Vietnam War and... View Obituary & Service Information

The family of Lynne C. Simmons created this Life Tributes page to make it easy to share your memories.

Send flowers to the Simmons family.