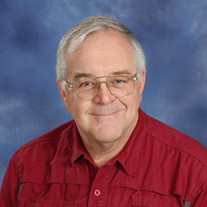 Leon Arthur Bellot, Jr., 67, of Old Town, Florida, passed away Saturday, February 23, 2019. Arthur was born on June 11, 1951 to Leon and Kate Bellot. He graduated from Dixie County High School in 1969 and attended Lake City Community College before transferring to the University of Florida where he graduated in 1972 with his Bachelor’s of Science Degree. He returned to Dixie County High School to teach science, became Assistant Principal and Dean of Students. He then became qualified in Emergency Services working for the ambulance companies in Dixie and surrounding counties. In 1975 when the ambulance service was no longer contracted out, he became the first Emergency Services Director for Dixie County. He served in this compacity until 1999 at which time he became the first County Administrator for Dixie County, retiring in 2009. He was a member of the Dixie County Education Foundation, Dixie County Chamber of Commerce, on the Board of Suwannee River Economic Council, a former member of the State Cert Team, and a former member of Dixie County Rotary Club. He formerly served as a volunteer fireman and Assistant Fire Chief for the Cross City Fire Department. He was a member of Faith Baptist Church where he served as a Deacon and was on various other committees. Arthur enjoyed hunting, fishing and chasing fires. His favorite thing was spending time with his grandchildren, the light of his life. Arthur is survived by his wife Cindy Bellot; son Justin (Heather) Bellot of Cross City; daughters, Jennifer and Jessica Bellot, both of Cross City and grandchildren, Jace and Summer Bellot. He was preceded in death by his parents Leon and Kate Bellot and sister Ann Naylor. Funeral services will be held Friday, March 1, 2019 at 11:00 AM at Faith Baptist Church in Old Town with Rev. Dwayne Kight officiating. Interment will follow at New Prospect Baptist Church Cemetery. A visitation will be held at the Rick Gooding Funeral Home Thursday, February 28, 2019 between the hours of 6 and 8pm. Arrangements have been placed under the care of Rick Gooding Funeral Home Cross City, Florida 352-498-5400 and Chiefland, Florida 352-493-0050. Please sign the online guest book at rickgoodingfuneralhomes.com

The family of Leon Arthur Bellot Jr created this Life Tributes page to make it easy to share your memories.

Send flowers to the Bellot family.