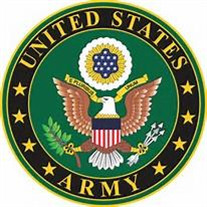 Jerry Wayne Karr passed away March 24, 2019 at Memorial Hospital in Jacksonville, FL. Jerry was born in West Blocton, Alabama to the late Alton Lawrence Karr and the late Effie Ann McCulley. He graduated from Dixie County High School in 1967, while there he was known as “Fleet Footed Karr” while playing football for the Bears. He served in Vietnam for two years, in the United States Army. He worked at Watkins/Frucon in Perry, FL, as an iron worker and later as a foreman from 1972-2010. Jerry is survived by his daughters, Chelsea (Dwight) Walker of Perry, FL and Shelby (Chris) Camposano of St. Augustine, FL; grandchildren, Rylan Walker of Perry, FL, Avery and McKenna Camposano of St. Augustine, FL; brother, Larry (Hazel) Karr of Bell, FL, his ex-wife, Connie Karr of Crestview, FL, his niece, Jennifer Karr, and his nephew, Shane Karr. He was preceded in death by his parents and his brother, Jackie Karr. Jerry was a life long resident of Dixie County. He loved to hunt and fish, but most of all, he loved his family, especially his two daughters and three grandchildren. Funeral services for Jerry will be held 2:00 PM Thursday, March 28, 2019 in the Rick Gooding Funeral Home Cross City Chapel, with Pastor Doug Cobb officiating. The family will receive friends at the funeral home one hour prior to the service. In lieu of flowers the family requests donations be made to help Jerry’s granddaughter’s medical bills. You can do this in person to the family or by going to the Prayers for McKenna Camposano campaign with Go Fund Me at https://www.gofundme.com/our-sweet-baby-mckenna . Arrangements have been placed under the care of Rick Gooding Funeral Home Cross City, Florida 352-498-5400 and Chiefland, Florida 352-493-0050. Please sign the online guest book at: rickgoodingfuneralhomes.com

The family of Jerry W. Karr created this Life Tributes page to make it easy to share your memories.

Send flowers to the Karr family.