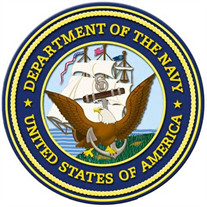 James W. “Jimmy” Miller, 88, of Old Town passed away October 2, 2017. Mr. Miller was born January 8, 1929 to the late Wesley and Barbara Miller in Wilkes-Barre, Pennsylvania, but had lived in the Old Town area for over 11 years after moving here from Hobe Sound, Florida. He was a Veteran of World War II serving in the United States Navy and retired as Police Chief from the town of New Marlborough, Massachusetts. Mr. Miller was a member of Shamrock Lodge # 268 Free and Accepted Masons in Cross City, Branford Chapter 112 Order of The Eastern Star in Branford, Melha Shrine Temple in Springfield, Massachusetts, and Old Town United Methodist Church in Old Town. He had been a member of over 56 years to Cincinnatus Lodge Ancient Free and Accepted Masons in Great Barrington, Massachusetts. Mr. Miller is survived by his wife of 64 years Lee Miller, a brother Robert Miller (Mary), a special friend Ronnie Graham, his brothers-in-law William Stueckroth (Ruth) and Fred Stueckroth, numerous nieces and nephews, and other extended family members. A memorial service will be held for Mr. Miller 11:00 AM Friday November 17, 2017 at the Old Town United Methodist Church, with Pastor Carl Rainer officiating. Masonic and Eastern Star Services will be held at the Church, as well. Arrangements have been placed under the care of Rick Gooding Funeral Home, Cross City, Florida, 352-498-5400 and Chiefland, Florida, 352-493-0050. Please sign the online guest book at rickgoodingfuneralhomes.com

The family of James W. "Jimmy" Miller created this Life Tributes page to make it easy to share your memories.

Send flowers to the Miller family.