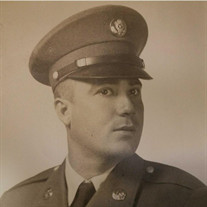 James Robert “Pete” Evans was born on April 16, 1939, in Miami, Florida, and went to be with his Lord and Savior on December 23, 2017, passing away peacefully at home with his family by his side, in High Springs, Florida, following a battle with cancer. Pete spent his childhood growing up on a farm in Fitzgerald, Georgia. After graduating high school, he returned to Miami and worked as a mechanic with Alterman Transport Lines. While there, he met the love of his life, Barbara, and they married in 1961 as he left to serve in the United States Army. He returned from the service to start his own commercial truck and marine refrigeration business, venturing to places like the Caribbean and Central America. He relocated to Gainesville in 1974 and worked in the construction industry, eventually retiring from Gainesville Regional Utilities. Pete was an avid outdoorsman and lived to fish and hunt in his younger years. He instilled a great appreciation for the outdoors in his own children. He always enjoyed a cookout and had a reputation for being quite the prankster. He finally settled in High Springs, where he could enjoy retirement and his love of the great outdoors, as well as gardening and watching the martins arrive each year to nest in his birdhouses. But, most of all, he enjoyed spending time with his wife, grandchildren, family and friends. He is survived by his loving wife of 56 years, Barbara Evans; two children, Wanda (Steve) English and Rick (Janet) Evans; eight grandchildren, Steven (Holly) English, Mikel (Krysti) English, Tiffany English, Ross (Cristina) Evans, Melinda (Bradley) Trice, Brittany (Trea) Plasters, Bradley English and Collin English; seven great grandchildren; and two sisters, Susie (W.E.) Clements and Dot (Ben) Bryant. He was preceded in death by his parents, James Ralph and Virtie Belle Parks Evans; three brothers, Kirk Evans, Tommy Evans and Baby Boy Evans; and two sisters, Nancy Fitzgerald and Inez Fitzgerald. Funeral services will take place graveside on Friday, December 29, 2017, at 11 a.m. at the High Springs Cemetery (HWY 441/NW 240th Street), with Ken Campbell officiating. The family will receive friends at the Church of Christ in High Springs, 18567 NW HWY 441, from 6 to 8 p.m. on Thursday, December 28. Arrangements have been placed under the care of Rick Gooding Funeral Home, Chiefland, Florida, 352-493-0050 and Cross City, Florida, 352-498-5400. Please sign the online guest book at rickgoodingfuneralhomes.com

The family of James "Pete" Evans created this Life Tributes page to make it easy to share your memories.

Send flowers to the Evans family.