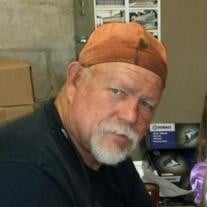 Danny “D.K.” King, 68, of Old Town passed away December 6, 2018. D.K. was born April 24, 1950 to the late J.C. and Pauline King in Cartersville, GA, but had lived in the Dixie County area for over 40 years after moving here from Miami, FL. He served with the Dixie County Sheriff’s Office for the last 18 years as a Deputy Sheriff, Civil Process Server and Bailiff. D.K. had also worked as the gas man with the Empire Gas Company for many years and was a dedicated volunteer fireman with the Cross City Fire Department for over 20 years. With his wife by his side, he proudly owned and operated KTS BBQ grills and smokers for over 35 years. He was also a member of Shamrock Lodge # 268 Free and Accepted Masons in Cross City. He was a hardworking, rough around the edges man with a heart of gold. D.K. left a lasting impression on all who knew him, be it a new acquaintance or lifelong friends and family. D.K. is survived by his loving wife of over 43 years, Dianne King, his daughters Jennifer VonStein (Nathan) and Amanda Garner (Scott), his grandchildren Cooper, Raegan, Mallory and Karsyn VonStein, Scotty, William (Jolie), Chesleigh and Mason Garner, and one great-grandchild on the way. Funeral services for D.K. will be held Sunday, December 9, 2018 at the First Baptist Church of Cross City, with Rev. Cecil Hysmith and Pastor Joe Brooks officiating. Visitation will begin at 2pm with the service immediately following at 3pm. Afterwards the family will receive friends at the Trail Riders Club for a celebration of life which will begin upon their return from a private graveside service. Arrangements have been placed under the care of Rick Gooding Funeral Home Cross City, Florida 352-498-5400 and Chiefland, Florida 352-493-0050. Please sign the online guest book at rickgoodingfuneralhomes.com

The family of Danny "D.K." King created this Life Tributes page to make it easy to share your memories.

Send flowers to the King family.